Here is all the information that you need to know about the airports in Arkansas to help you plan your visit.

You will find that there are 2 main airports in Arkansas.

One is located in the central part of the state and the other in the northwest corner. There are a few smaller commercial airports as well. The state is fairly easily accessed by air.

NOTE: We try to maintain our posts with the most up to date information available, but as you know information about flights and airports changes quickly! Always check everything yourself. Consider this post to be just a starting point in your trip planning.

Are There Any International Airports in Arkansas?

Arkansas is centrally located in the United States and would seem to be a perfect hub for travel. However, sadly, there are currently no international airports in Arkansas.

In fact, when my husband and I were getting Global Entry we had to drive to Memphis for our interview. Memphis happens to be the closest international airport to our home in Little Rock.

We would love for this to change!

There are two main airports in Arkansas.

This is a small airport in Little Rock. It opened in 1917 and became an airport for commercial traffic in 1931.

One thing that is important to know is that you may frequently hear the Bill and Hillary Clinton airport called Adams Field by locals. Don’t let this throw you because they are the same airport!

In fact, the official name is actually Bill and Hilary Clinton National Airport/Adams Field. It was colloquially called Adams Field for many years before the names of the Clintons were added in 2012.

You may also hear it called Clinton airport or the Little Rock airport.

Location of the Bill and Hillary Clinton National Airport:

This is the largest of the commercial service airports in Arkansas and is located in the capitol city of Little Rock, Arkansas. Little Rock is the seat of government in the state and is very centrally located.

The airport is on the east side of Little Rock and is just a short 10 minute drive from downtown Little Rock.

What is the IATA Code for the Clinton national Airport?

The IATA code for this airport is LIT

How many passengers Does the Clinton National airport serve per year?

The Bill and Hillary Clinton National Airport serves about 2.2 million passengers per year.

What airlines fly from the Bill and Hillary Clinton National Airport?

Currently there are 6 airlines that fly from this airport.

How many Gates are at the Clinton National Airport?

This is a small airport!

There are only 12 gates and once you get through security everything is easy to find.

There is a section at the end of the terminal where the gates go around a circle. This section can get a little crowded, but typically there are plenty of places to sit at the gates.

About the Terminal at The Clinton National Airport and A link to the Airport Map:

This is an airport all in one building with two levels. Both ticketing and check-in, baggage claim, and car rentals are on the ground level. This is where you will enter from the outside.

On the second floor you will find security, the gates, and the TSA and other offices.

Go here to see the airport terminal map to help you plan your time at this airport.

What are the nonstop flights from the Clinton National Airport?

We wish there were even more nonstop flights from the Clinton Airport! But here are the current ones available. Remember that this list could change quickly.

Of the two major airports in Arkansas the Northwest Arkansas Airport has quite a few more direct flights available.

Parking at the Clinton National Airport:

Parking is pretty easy at the Clinton Airport.

You are allowed pull up out front for a short period of time to unload or pick up guests.

There is even some short term parking with pay meters and you will be asked to move to this area if you need to wait for longer than a few minutes to pick up an arrival.

One of the things I like about this airport is that the car rental options are inside the airport on the ground floor.

You do not have to take a shuttle to pick up a car. Most of the major car rental companies are represented here.

What are the Food options at the Clinton National Airport?

Food options are fairly limited at the airport. There is a Starbucks located both pre-security and post-security.

Also on the second level just before security is the Riverbend Bar. (You will want to check to see if this is open as remodeling has been going on in this section of the airport.)

After security in addition to a second Starbucks you will also find Chick Fil A, Burger King, a bagel place, and Chilis Restaurant.

What about Check in and Security:

Check in is located on the ground floor of the airport. The various airlines are clearly marked and the check in process usually goes smoothly and quickly.

After check in you will go upstairs 1 level for security and to access your gate. You have the choice of stairs, an escalator, or an elevator.

I think that the security process could be better here. The lines aren’t well marked so you often find people who don’t have TSA precheck in the TSA lines, etc.

The good thing is that the airport is small and you rarely have long to wait to get through security. The employees are typically pretty pleasant.

This is my home airport so I know it well. I like that it is small and easy to navigate.

Parking is super simple and I have never had to park very far away from the terminal. This makes it easy to get your bags to the checkin line without a lot of struggle.

Food options could definitely be better, but this isn’t an airport that most people linger in for long periods of time. The airports in Arkansas don’t tend to be a mid-point for most travelers. They are either a beginning point or a destination. So you aren’t likely to be hanging around in the airport.

A few years ago the airport was looking a little tired and dingy. There has been some work done (and work that continues) to freshen things up a bit and it is getting much nicer.

The second of the large airports in Arkansas is the Northwest Arkansas National Airport.

It is a much newer airport than the previously discussed Clinton Airport/Adams Field. Northwest Arkansas National Airport was opened for commercial passenger business on November 1, 1998.

It was opened in large part due to the influence of the Wal-Mart corporation and has been a great addition to the airports in Arkansas.

The airport is within proximity to all the major cities in Northwest Arkansas but far enough away to not have a detrimental impact on the growing population of this area of the state.

It is not as close to a major downtown area as the Clinton Airport but it has plenty of room for expansion.

This area of Arkansas is growing so quickly that this airport will probably surpass the Clinton Airport in traffic in the upcoming years.

The IATA code for the Northwest Arkansas Regional Airport is XNA.

How Many Passengers Does the Northwest Arkansas Regional Airport serve each year?

What Airlines Fly From the Northwest Arkansas REgional Airport?

How many Gates are at the Northwest Arkansas Regional Airport?

There are currently 14 gates at this airport. There are plans for future expansion.

There is one main terminal building with two levels. On the ground floor you will find the ticketing and check in areas, baggage claim, and car rentals.

On the second floor will be security and the terminal gates.

Here is the terminal map to help you plan your time at this airport.

What are the nonstop Flights From the Northwest Arkansas Regional Airport?

Remember that this information changes often especially since we are living in “unprecedented” times.

Due to the influence of Walmart this airport has quite a few more direct flights to choose from than the Clinton Airport.

This is a small airport and none of the parking is very far away from the terminal. The economy parking is the best deal as far as cost and you won’t have too far to walk.

The first 30 minutes are free at the short term lot which might be a good option if you are picking someone up. The short term parking is only about 225 feet away from the terminal.

There are also options for short and long term parking and even valet parking.

They have most of the major car rental places at the Northwest Arkansas National Airport.

I like the fact that they are inside the airport and very near the baggage claim.

What are the food options at the Northwest Arkansas national Airport?

There are not many food options at this airport.

Before security there is a coffee shop called Jammin Java.

What about check-in and security

Because this is a small airport check-in, ticketing, and security usually go quickly.

From time to time it seems as if they are understaffed and the lines will move more slowly than they should. This was happening even before Covid.

I really like this airport. In my opinion it is more pleasant than the Clinton Airport.

It still feels fresh and new. It is very bright and cheerful and seems rather…cozy for an airport. There is even a row of rocking chairs to relax in!

Maybe this sounds odd, but there is a sense of calm at XNA. Perhaps because this airport is quite spacious and I have never been here when it felt at all crowded.

I hope that you find this post about the airports in Arkansas helpful and informative! Enjoy your visit to our gorgeous state!

If you are flying into Little Rock here is a list of great things to do in the capitol city.

If you are flying into Northwest Arkansas you will definitely want to visit Crystal Bridges Museum of American Art or maybe go on a hike in the Ozark Mountains.

If there is anything you think we should add about these Arkansas airports let us know. 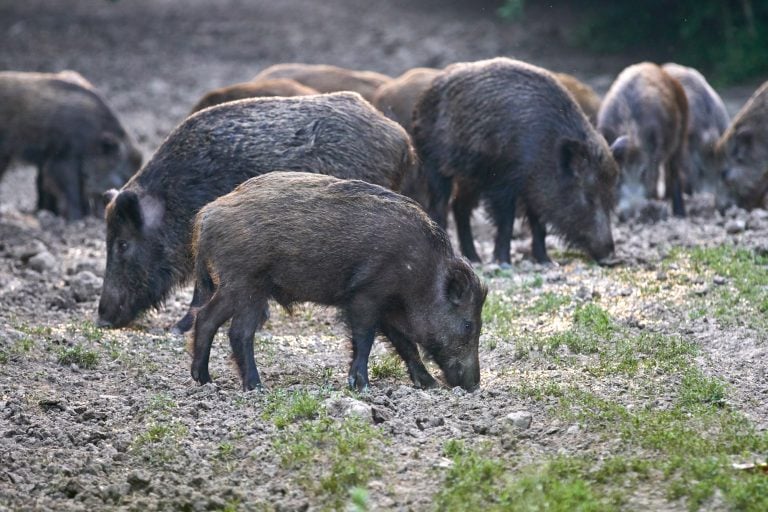 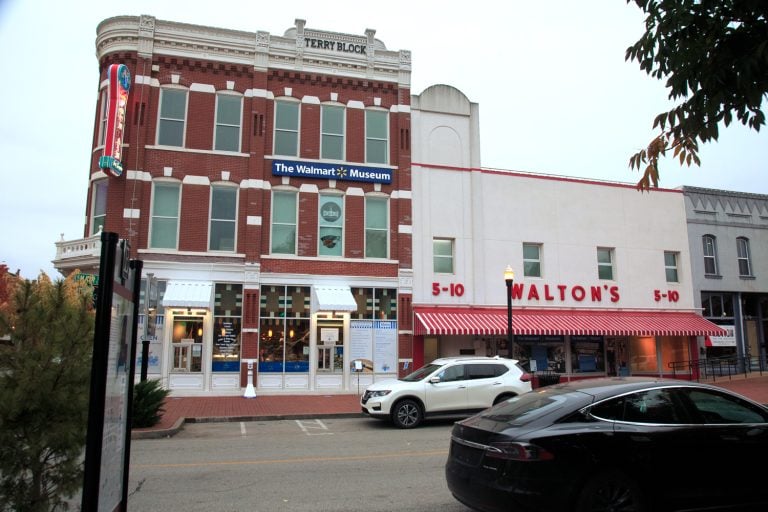 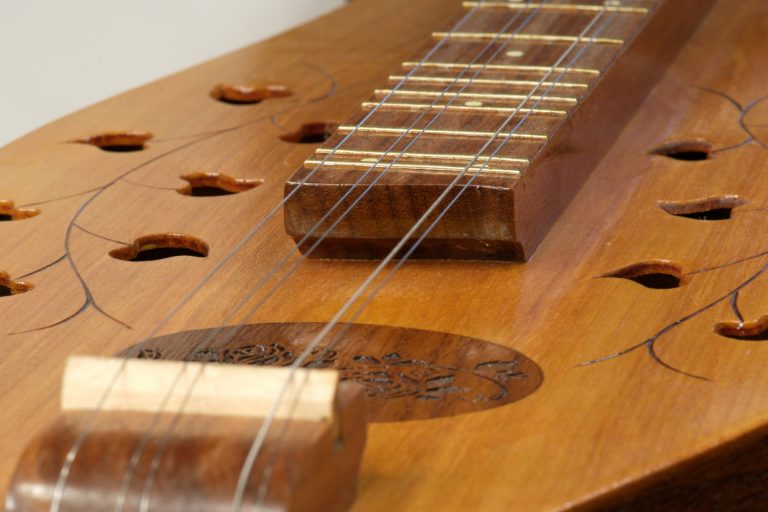 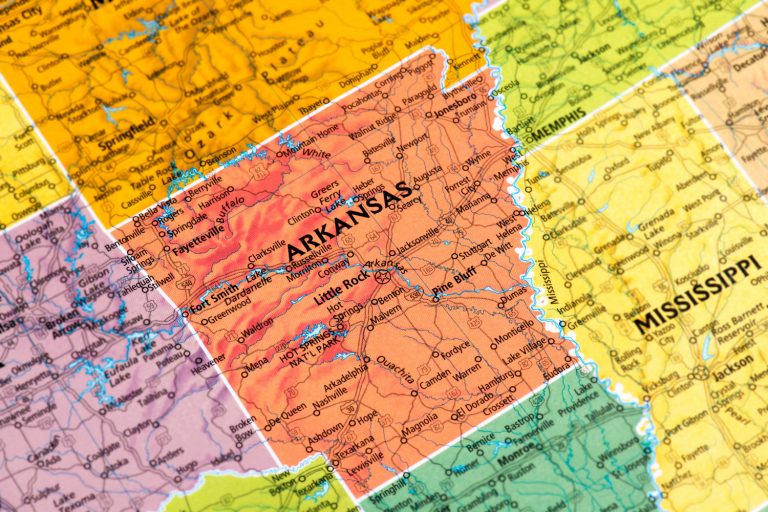 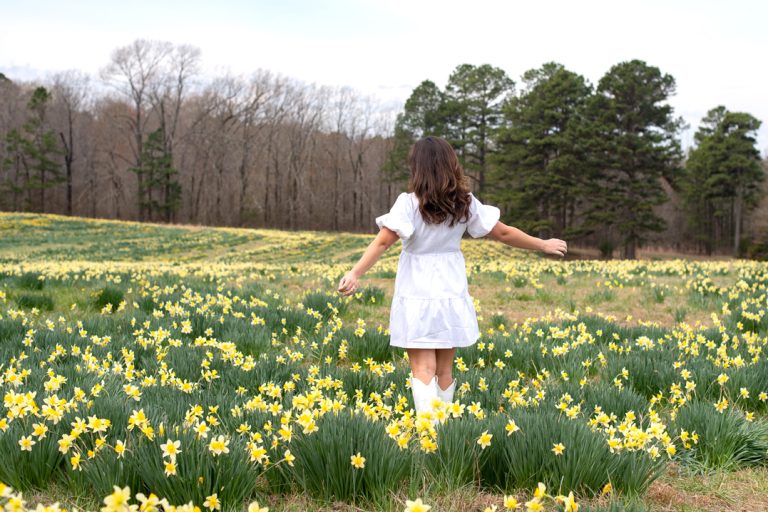