There are three stunning glass chapels in Arkansas.

If you’ve been on Pinterest or Instagram much in recent years you might have seen them. They are soaring, airy chapels set in natural forest settings.

These Arkansas glass chapels in the woods have become more and more popular with the rise in interest of a more modern, mid-century look in architecture.

The three glass chapels in Arkansas were the design of E. Fay Jones and his architectural partner Maurice Jennings. Jones was a native of Arkansas who also happened to be an apprentice of Frank Lloyd Wright.

E. Fay Jones grew up in Arkansas and took classes at the University of Arkansas in civil engineering. His education was interrupted by WWII at which point he joined the navy and served as a naval aviator pilot.

After his tour of duty he returned to his home state of Arkansas and worked at an architectural firm in Little Rock.

Fortunately, those at the firm saw his amazing talent and encouraged Jones to return to the University of Arkansas and enroll in a new architecture program that had begun there. He received a master’s degree in architecture in 1951.

The Influence of Frank Lloyd Wright

During his time acquiring his master’s degree Jones met Frank Lloyd Wright who became both a mentor and a friend.

Jones apprenticed under Wright at various times but always returned to his home in the Ozark mountains of Arkansas.

You can definitely see the influence of Frank Lloyd Wright in the Arkansas glass chapels.

The Aesthetic of E. Faye Jones as Seen in the Glass Chapels of Arkansas

However, Jones had an aesthetic all his own. He preferred the quiet and peace of his Ozark Mountains to the city. Perhaps this is why his buildings blend so seamlessly and simply into their surroundings.

His most famous works are tucked away in nature. They are organic and seem to have grown from the ground they stand on. They rise like the trees to seek the sun and wind and rain.

The glass chapels of Arkansas are both grand and intimate in their beauty just like the land around them.

The Glass Chapels in Arkansas

Thorncrown Chapel is the most famous of the three glass chapels in Arkansas. It was the first of the chapels to be built and was completed in 1980.

This original chapel was actually the dream of Jim Reed. He was a retired school teacher who owned a beautiful piece of property just outside of Eureka Springs. Mr. Reed found that people would often stop to admire the views from his land.

One day while out taking a walk he had the idea that he should build a glass chapel in the woods to give his visitors a place to rest and to find peace and inspiration.

He contacted E. Fay Jones who immediately agreed to design the chapel.

Isn’t the idea of Ozark Gothic wonderful? I have been to Saint Chappelle and I totally see the influence in Thorncrown.

Because of the constant play of light and shadow the chapel never looks the same.

Thorncrown Chapel has been named the 4th best design of the 20th Century by the American Institute of Architects.

Thorncrown Chapel is located a mile and a half west of Eureka Springs on Hwy 62 West. GPS can sometimes not show the correct location so be sure and check the map on their website!

When to VIsit ThornCrown Chapel?

April through November 9:00 AM to 5:00 PM (Closed all day on Saturdays in November.)

Closed January and February except for weddings and other special events.

(On weekends and some weekdays the chapel occasionally closes at as early as 2:15 PM for special events. Please call ahead to make sure the chapel will be open if you plan to visit late in the day.)

Inspiration for the Mildred B. Cooper Chapel

The Mildred B. Cooper Chapel was built by the family of Mrs. Cooper for the purpose of honoring her memory. She was a wife, mother, and businesswoman. She and her husband, John A. Cooper were the creators of Cooper Communities.

The chapel was built to celebrate her life, her deep spirituality, and her great love of nature. The family hopes that those who visit the chapel will find it to be a source of inspiration in their lives.

Architecture of the Cooper Chapel

The Cooper Chapel was designed by E. Fay Jones and his partner in architecture Maurice Jennings.

It sits on a wooded hill overlooking Lake Norwood in Bella Vista, Arkansas. The design is still what Jones would have called Ozark Gothic with 15 arches that are each 50 feet tall.

The entrance is slightly different from the entrances of the other two glass chapels in Arkansas with a round window at the top.

It is approximately twenty-four feet wide by sixty-five feet long with soaring walls of glass and timber and steel. Like all the glass chapels in Arkansas the Cooper Chapel has a close relationship with the nature that surrounds it.

This chapel, in my opinion, feels even more intimate, and peaceful even than the other two.

Location of the Cooper Chapel

When to Visit the Cooper Chapel?

The chapel is open 7 days a week from 9-5. The chapel might close for special ceremonies so if you are planning to visit later in the day you might want to call to make sure that it is open to the public.

The Anthony Chapel is the largest of the glass chapels in Arkansas. It is located in Hot Springs, Arkansas at Garvan Gardens, nestled in the woods on a hillside near Lake Hamilton.

Anthony Chapel was predominantly the work of Maurice Jennings. He had 25 years of experience working with his nationally renowned design partner Fay Jones.

This is another awe-inspiring chapel that uses native stone, huge panes of glass, and wood, in its construction. The impressive 57-foot-high ceiling is supported by an intricate cross-beam system and massive yellow pine columns.

The size of this one gives it a much grander feeling of space than the others which are smaller and more intimate.

Anthony Chapel is also a bit less rustic than the other two and less rooted in its surroundings!

The Anthony Chapel is located on the grounds of Garvan Gardens in Hot Springs, Arkansas.

when to Visit Anthony Chapel

The chapel is open to the public and typically keeps the same hours as Garvan Woodland Gardens. Check before going to make sure that it is open and is not closed for a wedding or other private event.

Can You Visit the Glass Chapels in Arkansas?

Yes! All three are available for visits. However, they keep different hours and all can be closed for private events.

Cost to Visit the Glass Chapels in Arkansas?

They are currently all free to visit. Hours are limited so do check before you go.

Are There Weddings at the Glass Chapels?

Absolutely! All three of the glass chapels in Arkansas are very popular wedding venues.

They are each run separately and you will have to check the dates and prices with the venues that interest you.

One major tip is that according to photographers the glass chapels in Arkansas photograph much better (from the interior) in the daylight hours.

In the evenings the interior lighting reflects on the hundreds of panes of glass in these chapels making it difficult to capture the beauty of your event.

I hope that you enjoyed learning about the glass chapels in Arkansas! I think that you will find that they are worth a visit.

If you are flying into the Northwest Arkansas National Airport to see the glass chapels in Arkansas here is all the information that you will need to know about the airport. 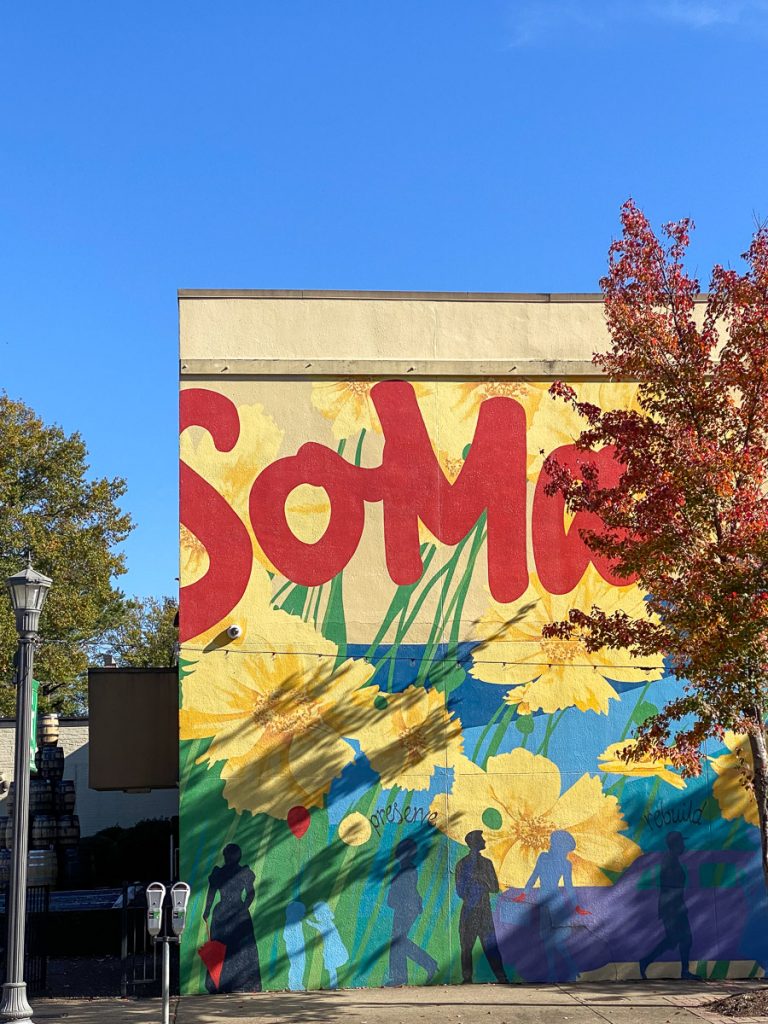 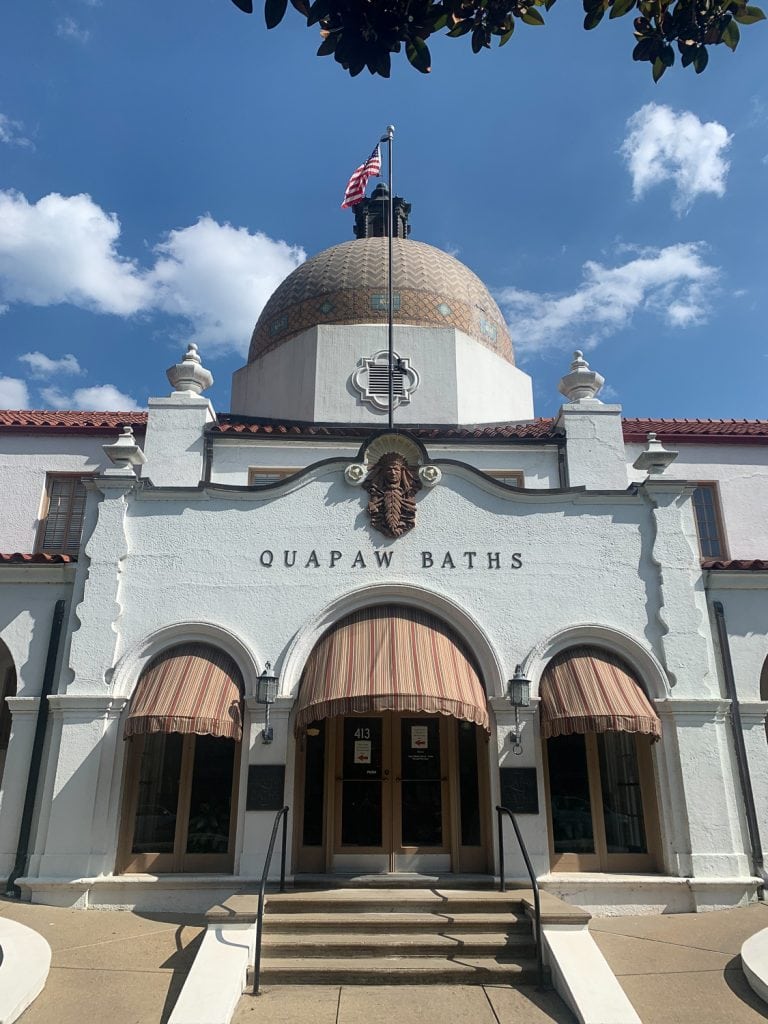 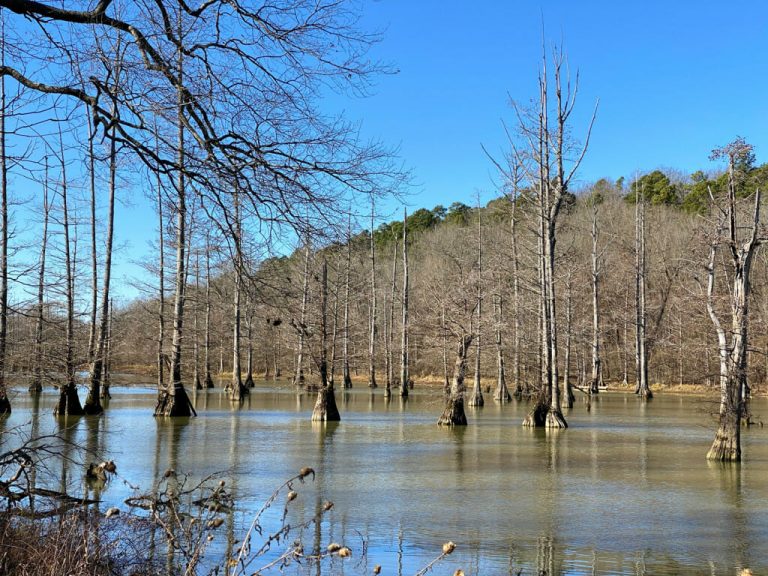 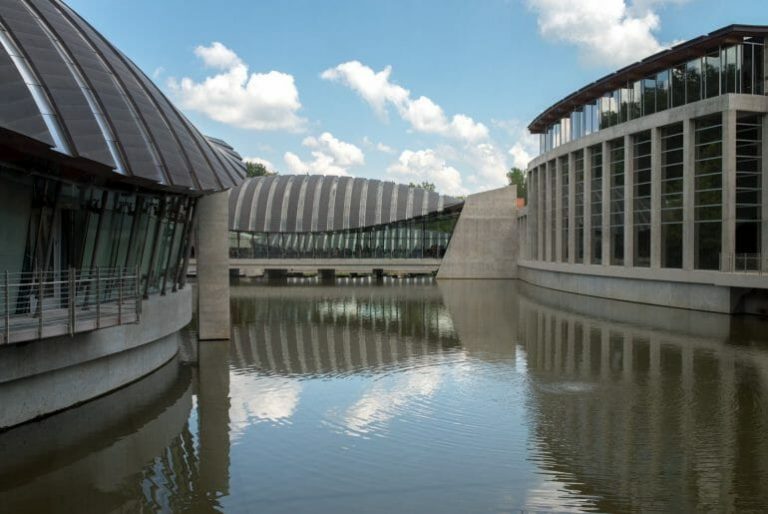 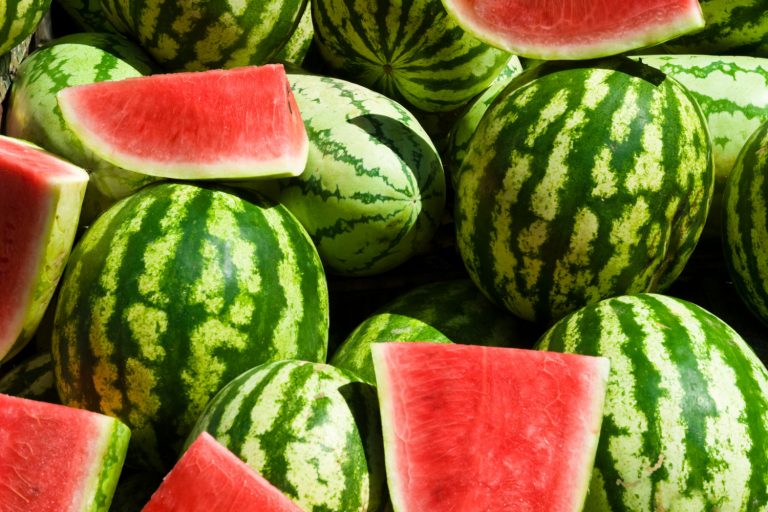 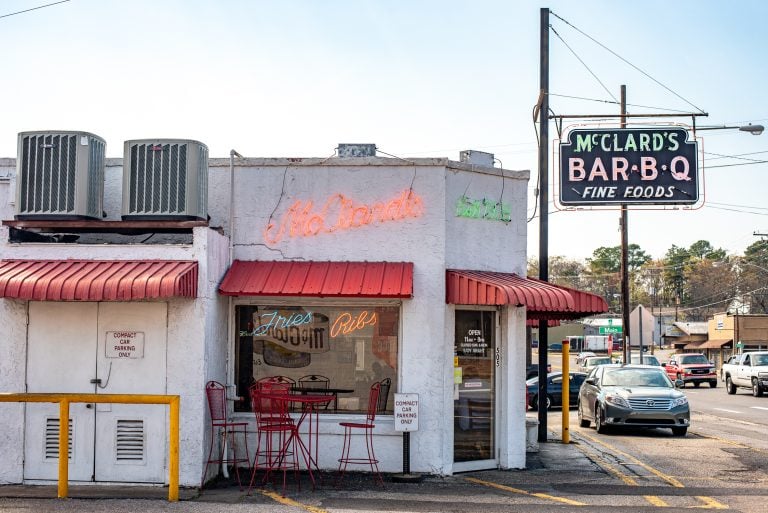